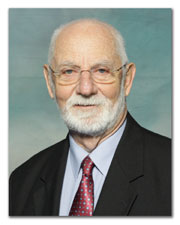 Captain Terry McCloskey was born and raised in Antigo. He received his BA from Marquette University and Masters from USNPGS. He served 30 years in the U.S. Navy retiring as a Captain (O-6). A Vietnam vet, he served on many ships and locations including Commander Task Force 66 COMSIXTHFLT and Deputy Oceanographer of the Navy. Following Navy retirement he and his wife settled in Three Lakes. He participated in the Learning In Retirement Program at Nicolet College both as a lecturer and president while also presenting the weather on NBC Channel 12. He worked for the Three Lakes School District as a substitute teacher and football coach. He was elected to the Three Lakes School Board in 2006 and he is currently the treasurer serving in his third term. In 2012, Captain McCloskey was elected to the Wisconsin Association of School Boards (WASB) as the District 2 Director representing 21 northern Wisconsin school boards.