Many school districts across the state are facing teacher and staff supply challenges that have been made worse by the pandemic.  As we reported in an earlier blog post, the WASB–along with other K-12 advocacy groups–has urged legislative leaders to take up and pass a set of statutory changes to address, among other things, teacher licensing flexibility, and potential revenue losses due to fluctuations in September pupil counts.

In response to calls for greater teacher licensure flexibility amid that challenges posed by the pandemic, the DPI has initiated rulemaking changes to Chapter PI 34, the administrative rules chapter relating to teacher licensing.  The department is referring to these changes as “Licensing flexibilities during a pandemic declaration” in its scope statement. END_OF_DOCUMENT_TOKEN_TO_BE_REPLACED 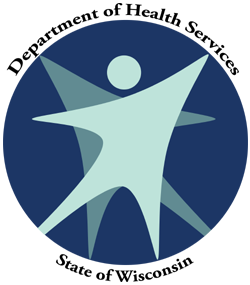 As we reported in an earlier blog post,  the federal Department of Health and Human Services (DHHS) announced in late August that it would be making up to 125 million cloth face masks available to states for distribution to schools.  Wisconsin’s share of this distribution is to be 1.6 million masks.

At the time of our earlier blog post, it was unknown when the masks would arrive.  We now have an update to report.

According to sources in touch with staff of the state Department of Health Services (DHS) and Wisconsin Emergency Management that are working on this project, the state received a shipment of cloth face masks from DHHS last week. However, the amount the state received is half of what it had been expecting and the masks that were received are sized for middle and high school students. The other half of the shipment is expected to arrive in late September to early October.

END_OF_DOCUMENT_TOKEN_TO_BE_REPLACED

Numerous school boards and their property taxpayers could be in for an unwelcome surprise when property tax bills arrive this December. This is due to errors made by the state Department of Revenue coupled with the Legislature’s failure to pass legislation to correct those errors.

This week, the state Department of Revenue (DOR) began notifying local taxing jurisdictions, including school districts, of what is likely to happen without legislative action to fix this problem.

In a blog post back in April, we detailed a letter we sent to legislative leaders urging them to pass Assembly Bill 753, which, as amended, would correct this problem.  However, the Senate adjourned without taking up the bill.

END_OF_DOCUMENT_TOKEN_TO_BE_REPLACED

As school boards finalize decisions about school reopening, the DPI is collecting survey information from Wisconsin districts that have finalized their reopening plans. (See survey form.)  The request for this information went out to school districts in an email to district administrators last Monday (8/3).

The survey will remain open into early September to ensure the DPI is able to capture as many board decisions on reopening as possible. Results of this survey will be published by the DPI on its website.

It is our understanding that as of Friday noon (8/7), the Department had received responses from 197 districts.

From the NSBA National Connection:

Chalkbeat (7/27, Barnum, Darville) reports Senate Republicans introduced their coronavirus relief package Monday, which earmarks $70 billion for K-12 public and private schools. A third of that pot would go to all schools regardless of their plans for next year, but the remaining two-thirds “would only be accessible to schools if they offer some in-person instruction – something that schools in many parts of the country have decided is unsafe to do for now.” To qualify for these funds, schools will need to offer “in-person learning for at least half of their students and for at least half of the school week.” The condition placed on the funding is “a testament to the economic and political importance Republican lawmakers attach to reopening school buildings, and sets up school schedules to continue to serve as a flashpoint in the weeks ahead.” Democrats have “indicated they will strongly oppose tying funds to reopening, and education groups immediately criticized the Republican proposal.” END_OF_DOCUMENT_TOKEN_TO_BE_REPLACED

The bill (numbered as S. 4112) is seen as Senate Democrats’ opening bid in the debate with Senate Republicans over providing additional COVID-19 stimulus funding for education.