The Centers for Disease Control and Prevention (CDC) updated its guidance for COVID-19 prevention in schools today (7/9).

END_OF_DOCUMENT_TOKEN_TO_BE_REPLACED 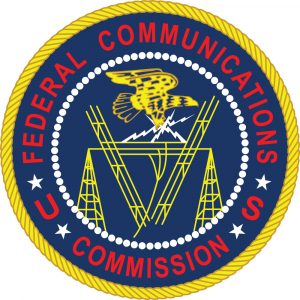 Today the Federal Communications Commission (FCC) opened the initial filing window for the Emergency Connectivity Fund, a $7.17 billion federal program that will help schools and libraries provide the technology tools and services their students and communities need for remote learning during the COVID-19 emergency period.

From June 29, 2021 to August 13, 2021 eligible schools and libraries can apply for financial support to purchase connected devices like laptops and tablets, Wi-Fi hotspots, modems, routers, and broadband connectivity for off-campus use by students, school staff, and library patrons.

END_OF_DOCUMENT_TOKEN_TO_BE_REPLACED

A pair of companion bills aimed at barring male-to-female transgender athletes from competing as girls in interscholastic sports are moving forward.  Two separate public hearings have been scheduled for next Wednesday morning (5/26). The Assembly Committee on Education will take public testimony on Assembly Bill 196 at 9:00 a.m. in room 412 East of the State Capitol and the Senate Committee on Human Services, Children & Families will hear on Senate Bill 322 at 11:00 a.m. in room 411 South of the State Capitol.

The federal Food and Drug Administration yesterday (5/10) granted Pfizer’s request to authorize the use of its COVID-19 vaccine to children ages 12-15. This follows the FDA’s action earlier this year approving emergency use authorization of the Pfizer vaccine for adolescents ages 16-17. Thus far, the Pfizer vaccine is the only vaccine to have been approved for those under age 18.

The new emergency use authorization of the Pfizer vaccine opens the possibility of vaccinations to millions of children nationwide, including roughly 300,000 in Wisconsin. Infectious disease experts believe vaccination is an important step for increasing immunity in the population and preventing new variants from gaining a bigger foothold. END_OF_DOCUMENT_TOKEN_TO_BE_REPLACED

ABC News (3/30) reports a study released Tuesday by the Secret Service’s National Threat Assessment Center suggests “targeted violence against schools is preventable, if the warning signs are identified.” The report “studied 67 thwarted school violence plots and 100 plotters to come up with a framework to further prevent school attacks.” The agency determined there were “several consistent factors in attacks that were prevented and attacks that happened, such as a history of discipline or law enforcement interaction, if the plotter had experienced bullying or had underlying mental health issues, intended to commit suicide or had been impacted by childhood conditions.” The Secret Service also “found that 45% of the attacks planned, but not carried out, were based on a grievance with a classmate,” and that “15% of potential attackers wanted to kill.” END_OF_DOCUMENT_TOKEN_TO_BE_REPLACED