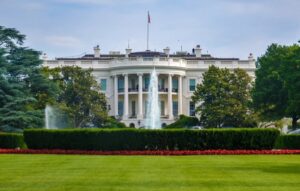 Those 2020 waivers provided school food programs with more flexible nutrition requirements that helped them combat supply shortages, offer options such as “grab-and-go” meals, and provided school meal programs with higher than normal reimbursement rates for meals. The waivers also allowed school food authorities to provide free school meals to all students regardless of family income for the first time in U.S. history. END_OF_DOCUMENT_TOKEN_TO_BE_REPLACED

END_OF_DOCUMENT_TOKEN_TO_BE_REPLACED

“A bipartisan group of senators began crafting the legislation in the aftermath of a tragic mass shooting at Robb Elementary School in Uvalde, Texas, that left 19 young children and two teachers dead. END_OF_DOCUMENT_TOKEN_TO_BE_REPLACED

A bipartisan package of measures aimed at improving school safety (see previous post) has cleared its first hurdle toward passage in the U.S. Senate. The 64-to-34 vote came just hours after Republicans and Democrats released the text of the legislation.  Proponents hope to pass the bill through the U.S. Senate by Saturday.

The 80-page bill, called the Bipartisan Safer Communities Act, would provide millions of dollars for expanding mental health resources in communities and schools in addition to funds devoted to boosting school safety.

END_OF_DOCUMENT_TOKEN_TO_BE_REPLACED

The U.S. Department of Education is convening a webinar on Thursday, April 7, 2022, from 2:00 – 3:00 pm Central Time, on “Strengthening Partnerships Between States, School Districts, and Higher Education to Increase the Number of Teacher Candidates Prepared to Enter the Classroom and Provide Immediate Support to Schools.”
END_OF_DOCUMENT_TOKEN_TO_BE_REPLACED

President Biden is scheduled to announce his  budget proposal for federal fiscal year 2023 (FY 2023) late this afternoon.  We will provide details of the plan relating to K-12 education as soon as we have them.

We are informed that, under the President’s plan, the U.S. Department of Education (USED) will $88.3 billion in discretionary funding, which is a $12.9 billion (17%) increase over the 2022 net enacted level. END_OF_DOCUMENT_TOKEN_TO_BE_REPLACED