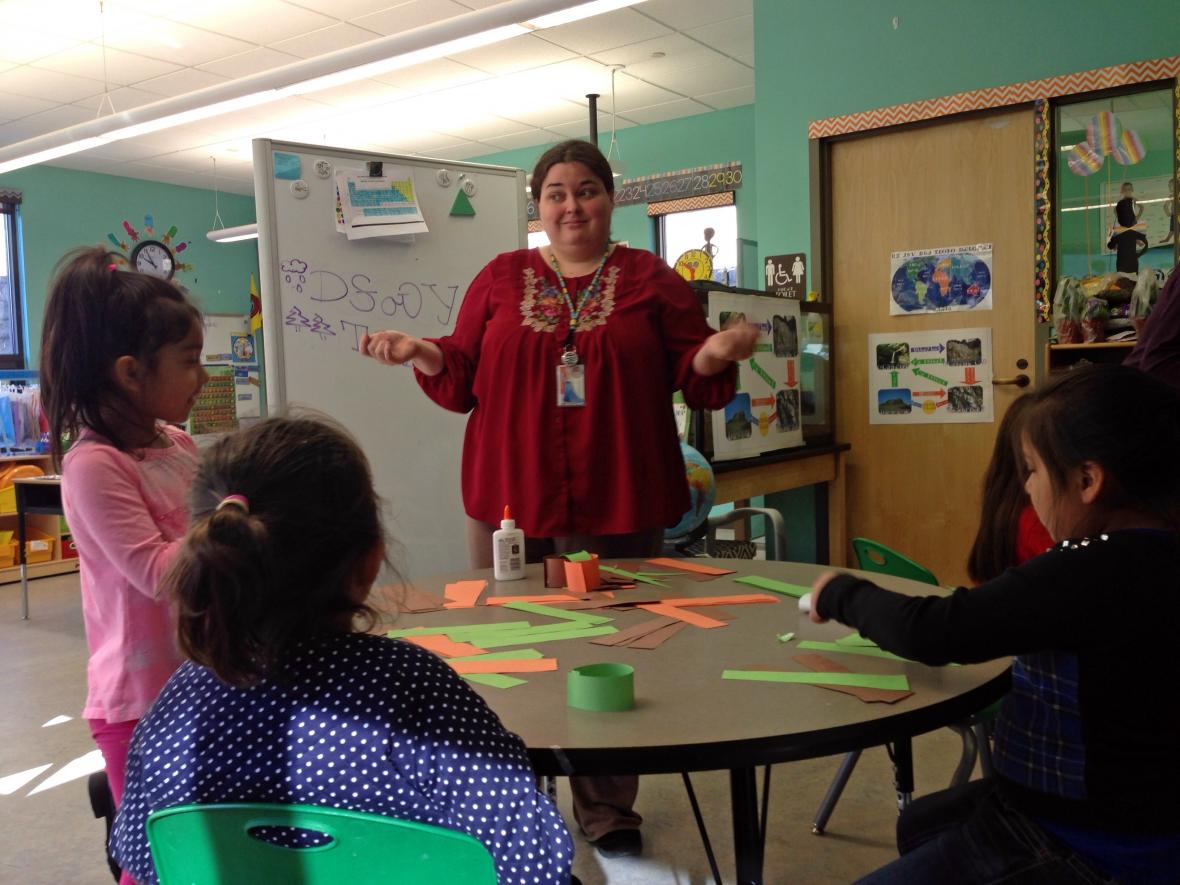 Wisconsin Public Radio: Wisconsin’s 11 tribes and the state Department of Public Instruction have been working on agreements to improve communication and educational outcomes for tribal youth. The Lac du Flambeau Band of Lake Superior Chippewa is the first tribe to reach an agreement with the state.

The tribe and DPI signed a memorandum of understanding in May. Lac Du Flambeau Tribal Education Department Director Ashley Maki said the goal is to improve communication and coordination of programs for tribal kids.

“The Wisconsin Department of Public Instruction commits to providing ongoing cultural responsiveness training to all of its staff to ensure improved communication, service and understanding in working with the Lac du Flambeau tribe in serving our students,” said Maki.

State schools Superintendent Tony Evers said the agreement also furthers their commitment to educate kids about the state’s tribal nations under Wisconsin Act 31. The law requires all public school districts to teach about the culture, history and sovereignty of Wisconsin’s tribes.

“It’s more about recognition of sovereignty, individual sovereignty of each nation and not only recognizing that but identifying ways that we can help American Indian kids achieve at higher levels,” said Evers. 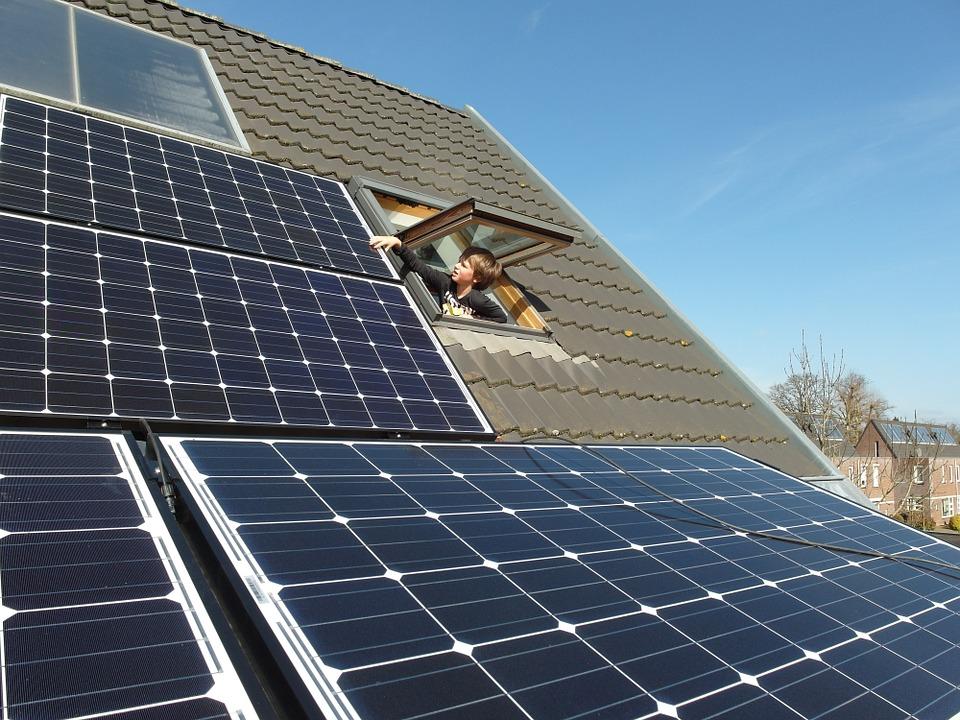 WXPR.org: Several Northwoods schools were winners at the 22nd annual Solar Olympics, held at the University of Wisconsin-Stevens Point. The competition is sponsored by Wisconsin Public Service.

“….Solar Olympics provide high school students throughout our service area with a fun, hands-on event to help reinforce what they’ve learned about a renewable source of energy. The high schools that participate are in our Solarwise for Schools program which provides lessons on renewable energy and maintenance of previously-installed solar systems. Of the 63 high schools within the service area, 53 are participants in the Solarwise for Schools program….”

Gold medalists at this year’s Solar Olympics include:

Read the complete article on the Solarwise for Schools program. 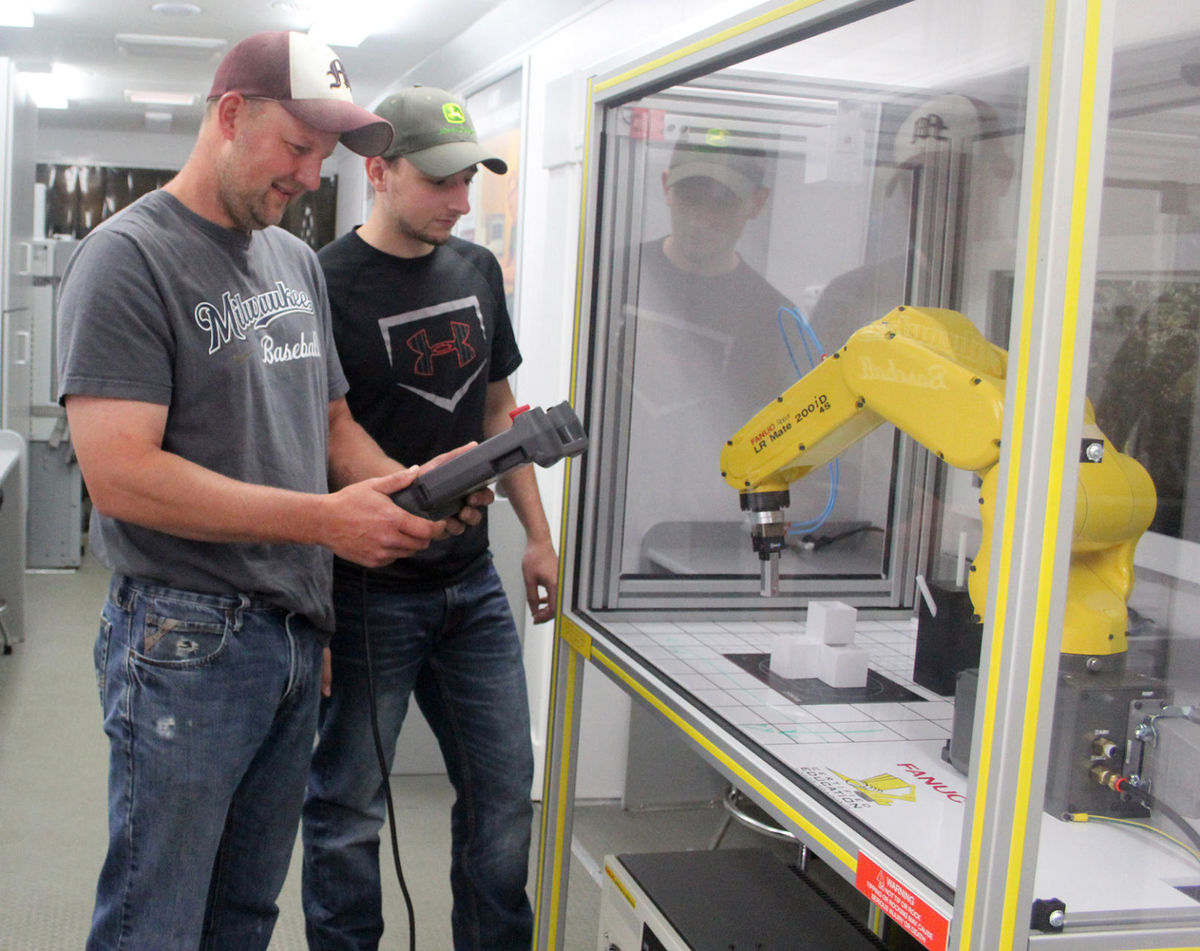 The Dunn County News: For Ryan Sterry it was about like playing with a video game or a remote control toy. But the Menomonie High School technical education teacher had a lot more in mind than fun and games as he used a controller to manipulate a robotic arm inside the Chippewa Valley Technical College Mobile Manufacturing Lab Tuesday, July 24.

The lab is coming to Menomonie High School in November, and is staying through January, thanks to a National Science Foundation (NSF) Smart Manufacturing and Resources for Transforming the Future (SMART Future) grant announced in June. Through the grant, CVTC will partner with four rural high schools, including Menomonie, to incorporate industrial automation and networking principles into the high school curriculum.

Sterry has been at the CVTC Manufacturing Education Center recently for training that will help him make the best of the high-tech equipment in the mobile lab.

“The lab is going to allow us to teach concepts that would be difficult to teach otherwise,” Sterry said. “We don’t have access to this equipment.” 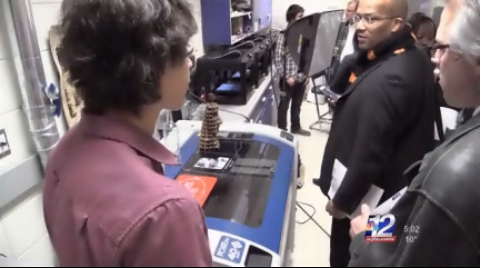 “The first thing you learn as a brand new teacher is steal, steal, steal the best ideas,” Carthen said.

“I had a small idea, which I thought was a big idea, but just going on this tour… The sky’s the limit for these kids,” Carthen said.

The tour through Northland Pines, Three Lakes, and Florence happened after a conversation between State Representative Mary Felzkowski (R-Irma) and MPS Superintendent Dr. Darienne Driver. The two agreed small and big districts need to work together.

“A lot of times people think the rural schools just won’t have access to different resources, but they’ve shown us what they can do with what they have,” Dr. Driver said. “So, now my folks are going back and we’re all thinking like, OK, we can do this.”

State Representatives Rob Swearingen (R-Rhinelander), Jeff Mursau (R-Crivitz), and Felzkowski made a point of visiting Three Lakes. In 2014, it became the first K-12 district in the state to get a fab lab.

“This is where future education is heading,” Three Lakes senior Jack Connelly said.

Connelly and his team showed off their creation to lawmakers and school representatives. They also explained their goal of forming a business.

“I have no doubt in my mind that any student is capable of replicating what we’ve done here,” Connelly said. “The reason I know that is because I didn’t think I could do this six months ago.”

Since Three Lakes’ successful launch two and a half years ago, about 150 school districts statewide have built or signed on to build fab labs. 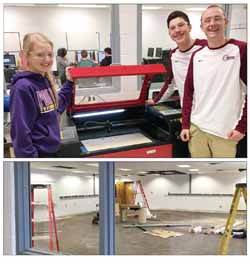 Antigo Daily Journal: A high tech fabrication laboratory that is the result of a private-public partnership is taking shape at Antigo High School.

The district is in the midst of developing a fab lab, small-scale workshops that offer rural schools and communities equipment that can be used for digital fabrication.

Our goals are to have the room ready by late spring, Principal Tom Zamzow said. Future plans include bringing all fifth-grade students through the lab, making the room available for high school personalized learning projects, and offering evening and day time hours for members of the community.

Development of the lab dates to elate 2015, when the board of education heard a presentation from Don Sidlowski, founder of Northwoods Broadband & Economic Development Coalition.

Sidlowski, of Three Lakes, was in the middle of a three-year initiative to install one of the units in each of Wisconsin’s eight Grow North counties—Florence, Forest, Langlade, Lincoln, Marinette, Oconto, Oneida and Vilas.

The idea was enthusiastically embraced by the board of education and the community. In the time since, there have been presentations, tours of other fab labs, and a room has been designated at the high school for the lab.