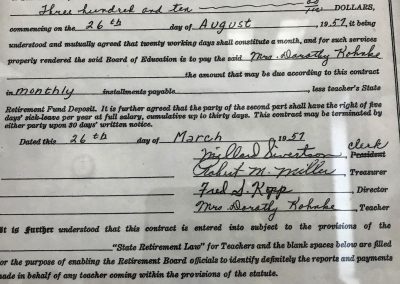 Mrs. Dorothy Kohnke’s 1957 contract to teach “all the grades of Fosbroke School” for nine months in the Elk Mound School District for $310. 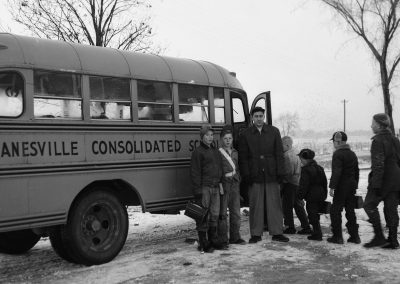 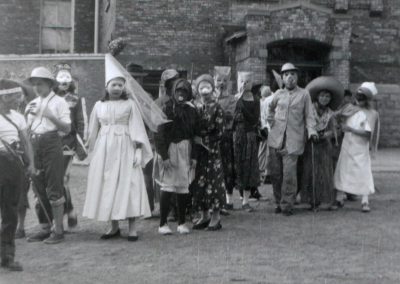 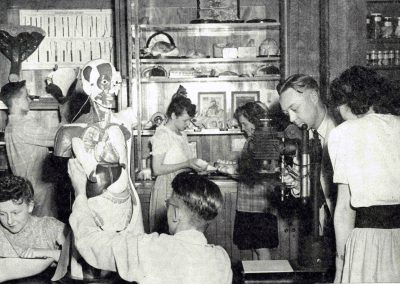 An anatomy class in a Green Bay high school in 1957.

The 1950s ushered in a baby boom, with the population exploding by 28 million before the decade’s end – at the time a growth rate faster than India’s. The consumer-society grew as well. By 1957, there were 500 television stations – up from 100 in 1950 – hawking everything from cars to toothpaste. New school buildings and their proud school boards became a staple of Wisconsin School Boards News magazine covers.

Often considered a quiet, conforming decade, the 50s were anything but in reality. The decade saw federal troops integrate Little Rock High School in Arkansas, Soviets launch the Sputnik satellite, the Korean War begin (and never officially end), rock and roll raise eyebrows, Wisconsin’s Sen. Joseph McCarthy lead a “Red Scare” until being censured, and children practice duck and cover drills during the day and watch Bonanza and The Twilight Zone at night.

Winneconne School Board member George Tipler resigned his position on the WASB Board of Directors to become the association’s first executive secretary (later executive director) in 1964. He continued to serve on his local school board until 1973 and retired from the WASB in 1988.