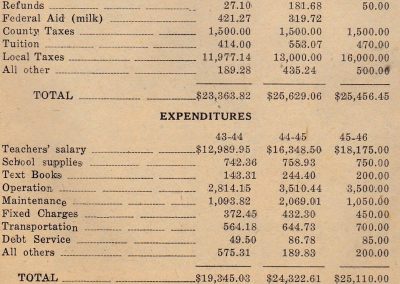 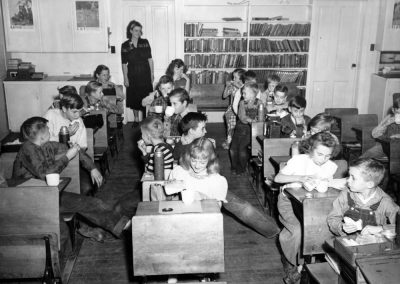 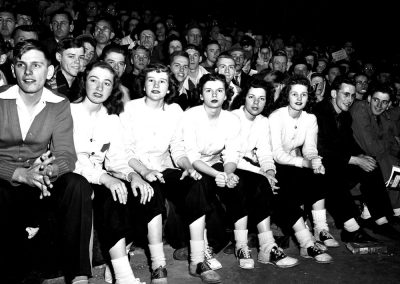 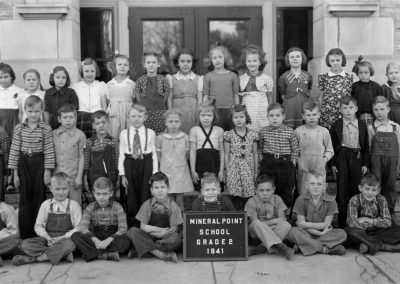 The second-grade class in Mineral Point in 1941. 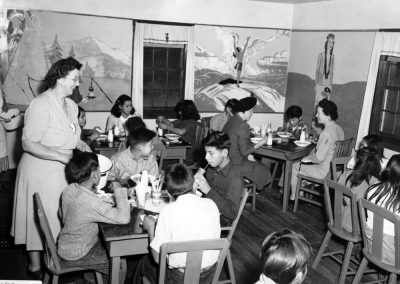 Lunch at the Hochunkgra School in 1948. The murals were painted by the school’s 8th graders. The Hochunkgra School served Ho-Chunk students in the Black River Falls School District from 1934 until 1963, when the students were integrated into the district. (Photo courtesy of the Jackson County Historical Society.)

December 7, 1941 began as a beautiful Sunday morning in Honolulu. By the next day, President Franklin D. Roosevelt was proclaiming it “a date which will live in infamy.”

The war effort affected every facet of American life. Demanding personal sacrifice, it necessitated the rationing of resources and encouraged private citizens to purchase war bonds. The atomic bombs destroying Hiroshima and Nagasaki ending World War II in 1945 ushered in the Cold War. By the decade’s end, the Soviets exploded their own A-bomb.

Other notable events of the decade: lives are saved with the mass production of penicillin, Churchill delivers his “Iron Curtain” speech, Nazis stand trial in Nuremburg, the Marshall Plan starts to help Europe recover, Mao creates the People’s Republic of China, the Taft-Hartley Act restricts labor unions, and the GI Bill of Rights helps veterans attend college and buy a home.