Journal Sentinel: Sometimes trash talking is a good thing, and at one Wauwatosa school they not only talk the talk, they follow that up with award-winning action.

Wauwatosa’s McKinley Elementary received the 2017 Recycling Excellence Award for Projects and Initiatives from the Wisconsin Department of Natural Resources for their work the past two years creating a recycling and composting program.

“The Recycling Excellence Award program is designed to encourage and reward communities and programs for outstanding efforts, innovation, and performance in recycling, while providing examples of how to increase the effectiveness of local recycling programs,” wrote Joseph Van Rossum, the director of the Bureau of Waste and Materials Management with the Department of Natural Resources. “It’s an honor to recognize these programs for their waste diversion achievements.”

Even though the school’s recycling program is innovative and unique, teacher Elizabeth Daily said the kids regard it as “business as usual.”

Journal Sentinel: Michael Krofta, a 26-year teacher at Oconomowoc High School, received one of the highest honors in music education for the state of Wisconsin recently.

Krofta, the conductor of the school’s wind symphony, concert band, Jazz Ensemble I and jazz combo, pep band and marching band, and who also teaches lessons at the school, earned the 2017 Wisconsin Phi Beta Mu Band Master of the Year Award, according to a Facebook post from the Oconomowoc Area School District’s Band Aids group.

“I am very humbled that my fellow band directors from the state of Wisconsin, who are all master educators, have selected me as the Phi Beta Mu, 2017 – Wisconsin State Bandmaster of the Year recipient,” Krofta said in an email to Lake Country Now. “I was inducted into Phi Beta Mu in 2003, and I believe this honor is a reflection of the tradition of excellence the Oconomowoc Area School District band program has had for many years. I have had the wonderful opportunity to have taught at Oconomowoc High School for going on 27 years! The students, parents, staff, administrators and community really make this an amazing place to work!! This is an awesome community!!”

The Phi Beta Mu organization is a national bandmasters fraternity that honors outstanding band directors for their paramount dedication and devotion. According to Krofta, the first official meeting was held at the Rice Hotel in Houston, Texas in February 1939. Almost every state has an active Phi Beta Mu chapter, and each year, every state chapter elects its “Bandmaster of the Year.”
Read the complete article on Michael Krofta. 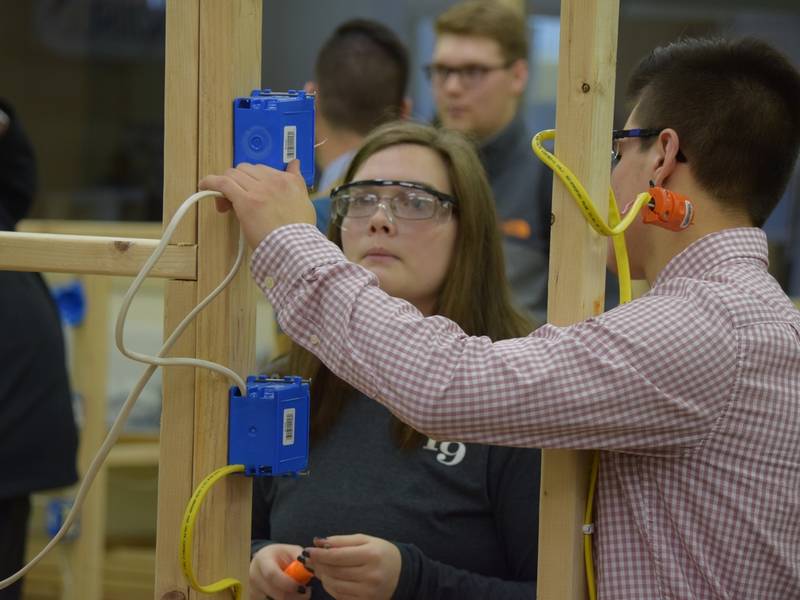 Waukesha Patch: Forty-four students, or 12 percent of the School District of New Berlin’s Class of 2017, graduated high school with an industry credential in manufacturing, health sciences, information technology, hospitality and/or STEM disciplines, giving them a competitive advantage as they transition to postsecondary education or work.

Attainment of an industry credential is one of many benchmarks monitored by the SDNB as part of its district level ‘College and Career Readiness’ dashboard.

“Industry credentials indicate a level of a commitment to a future career interest and allow students to demonstrate not only what they know, but what they can do with what they know,” Superintendent Joe Garza said. “In 2013, we didn’t have any students on record achieving an industry credential. The Wisconsin Fast Forward Pupil Grant program provided the impetus to relook at our programming to determine which credentials would support students as they explore options that might impact their postsecondary plans.”

During the 2014-15 school year, the district implemented an onsite certified nursing assistant (CNA) program in partnership with LindenGrove of New Berlin and Waukesha County Technical College. This program now certifies approximately 50 CNAs annually. The certification allows students to seek employment at area hospitals and senior care centers and gives them a competitive edge when applying for postsecondary education. One Eisenhower graduates took a CNA job immediately out of high school. Her employer has since offered to pay for her tuition at the University of Wisconsin-Milwaukee to become a registered nurse.

Wauwatosa teacher to speak at international conference on music software

Journal Sentinel: Wauwatosa East High School orchestra teacher Mike Hayden is heading to Germany in November to speak on integrating modern music technology in the classroom, a passion he’s developed in his 11 years of teaching.

Hayden will speak at the Ableton Loop Festival to attendees who are either teaching music production formally, in an after-school program or looking to start a music program.

Although he’s a regular presenter at state music education conferences, this is the first time he will travel to speak internationally.

Hayden has been using the Ableton Live software throughout his teaching career, which has included teaching a variety of music courses, including orchestra ensemble, a rock band class and digital music.

Although another teacher is in charge of the digital music classes at Wauwatosa East, Hayden helped create some of the curriculum for that class, and he still finds ways to integrate the software into his orchestra classes.

“I’m still able to do a lot more composition and improvisation activities in orchestra,” Hayden said. “We record and listen, we’ll use trap beats sometimes instead of our traditional metronome … I show kids that it’s OK to have fun and incorporate the stuff you like to listen to with what you play.” 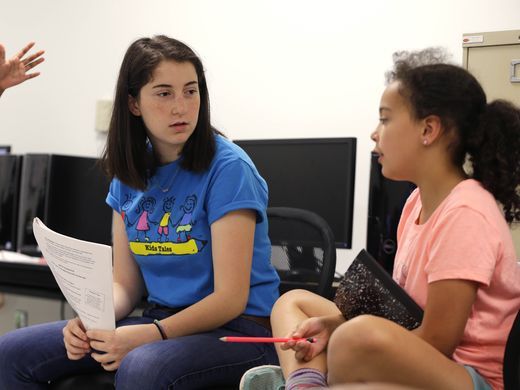 Milwaukee Journal Sentinel: “I am juicy, gooey, hot, cheesy and heaven in your mouth. What am I?” the teacher asked.

Hands shot in the air and 10 children bounced up and down in their seats. “Pizza! Pizza! Pizza!” they squealed.

The children, ages 8 to 12, were practicing giving their teacher descriptive words about their favorite food item without saying its name.

It’s just one small piece of a curriculum created by 17-year-old Katie Eder.

Four years ago, Eder’s sister started tutoring kids in math, and she wanted to follow in her big sister’s footsteps. There was one problem — Katie is bad at math.

But the thing she is good at is writing, and Eder couldn’t find anywhere that offered tutoring for children, so she approached Milwaukee’s COA Youth and Family Center to allow her to teach creative writing.

They took a chance on the 13-year-old and agreed — and the result was Kids Tales, a program to empower children, often in low-income areas or in juvenile detention centers, to use creative writing to discover their voice and share their story.

Teenagers, and only teenagers, volunteer to teach children for a week and guide them as they write their own short story, working on brainstorming and plot and character development. Once the stories are completed, they are put into a book, making each child a published author.

Tom Schneider, COA’s executive director, said there was plenty of skepticism during Eder’s first summer, but the results spoke for themselves.

“We’ve (COA) got nothing but admiration and applause for the work that she’s (Eder) done and the impact of the kids that she’s worked with,” Schneider said.

The Shorewood High School senior said it isn’t uncommon for participants to tell her it felt like the first time their stories could be heard and that their voices mattered.

“I didn’t have an understanding exactly about the impacts that it would have,” Eder said. “I thought, OK this is something I could just keep for myself …  but it’s also something that has a real impact and can make a difference.”
Read more.
« Older Entries
Next Entries »