Additional background information is found below.

NOW AVAILABLE: The WASB and Boardman & Clark have created Title IX training modules to help school districts meet the law’s staff training  requirements. Visit the Title IX Training web page for details on the modules and how to purchase the training.

The WASB will periodically update this web page with additional information and resources related to the 2020 Title IX regulations. NOTICE: This resource page presents information and commentary to facilitate a general understanding of the topics that are addressed, but it does not present an exhaustive or complete treatment of any legal or policy issues. The information that is provided does not constitute legal advice and should not be relied upon or used as legal advice.

The primary focus of the regulations concerns the overall institutional response by school districts to alleged or confirmed incidents of sexual harassment (including sexual assault and other forms of sexual violence) that may occur in the district’s education programs and activities within the United States. For purposes of a district’s Title IX obligations relating to sexual harassment, an “education program or activity” includes locations, events, or circumstances over which the school district exercised substantial control over both the respondent (i.e., the alleged perpetrator of the conduct) and the context in which the sexual harassment occurred.  Some of the final regulations, such as requirements for school districts to give certain notices, to identify a Title IX Coordinator, and to prohibit retaliation, relate to all forms of prohibited sex discrimination (i.e., not exclusively to sexual harassment).

Title IX applies to public school districts in this context because school districts are recipients of federal funds and because sexual harassment within education programs and activities is recognized as one form of unlawful discrimination that is based on sex. The new regulations apply to incidents and allegations of sexual harassment regardless of whether a student or an employee is the complainant (i.e., an alleged victim) or the respondent (i.e., the individual who has been reported to be the perpetrator of conduct that could constitute sexual harassment).  Refer to Question 5, below, for information on aspects of Title IX that are not addressed by the new regulations.

3.  What are some examples of the mandates contained in the regulations and the adjustments that school districts will have to make to their local policies and procedures?

Some examples of the changes that need to be addressed by school districts include the following:

4.  How do the new Title IX regulations define sexual harassment?

It is significant, for example, that under the second prong of this new definition, conduct must be “… severe, pervasive, and objectively offensive … ” in order to constitute sexual harassment under Title IX.

The definition of sexual harassment under the new regulations is different from (and generally narrower than) the definition of the term that applies under Title VII (which is another federal law that prohibits sexual harassment in employment). Similarly, through student codes of conduct, employee handbooks, and other local policies, school districts generally prohibit and assert an interest in addressing a substantially broader range of undesirable conduct than just the conduct that falls within the comparatively narrow Title IX definition of sexual harassment.  As a result, a conclusion that sexual harassment has not occurred under Title IX will not fully answer the question of whether an employee, student, or other respondent has engaged in inappropriate conduct or violated a person’s civil rights. It will be a significant challenge for school officials to harmonize not only the different substantive standards that might be applied to a given allegation of misconduct, but also the different procedural rights and requirements that may need to be satisfied in each specific case.

5.  What aspects of Title IX were not addressed in the new Title IX regulations?

When the claims in question do not involve allegations of sexual harassment, the new Title IX regulations:

The Regulations and U.S. Department of Education Guidance

Every school district will need to review and modify various policies and procedures in connection with the implementation of the new Title IX regulations. Most directly, this will include the district’s nondiscrimination policies and complaint procedures. However, other policy areas, such as student disciplinary procedures and staff-student relationship policies may also be relevant.

WASB’s legal and policy services staff has collaborated with Boardman & Clark, LLP to create this document, which served as the handout for a webinar held on July 8:

The amended Title IX regulations include the following general notice requirements and mandates for policy dissemination (see section 106.8 of the amended regulations)

School districts must notify applicants for admission and employment, students, parents or legal guardians of elementary and secondary school students, employees, and all unions or professional organizations holding collective bargaining or professional agreements with the school district of all of the following:

In addition, each school district must prominently display the contact information for the Title IX Coordinator (as identified above) and the district’s Title IX nondiscrimination policy on its website, if any, and in each handbook or catalog that it makes available to the persons who are entitled to receive the notifications listed above.

Many school districts will elect to coordinate the above-identified notice requirements with other nondiscrimination notice requirements established under state or federal law.  For more information about such notice obligations, refer to the WASB’s updated list of “State and Federal Annual Notice Requirements.”

School districts must ensure that Title IX Coordinators, investigators, decision-makers, and any person who facilitates an informal resolution process, receive training on:

School districts must also ensure that decision-makers receive training on any technology to be used at a live hearing (if applicable) and on issues of relevance of questions and evidence, including when questions and evidence about the complainant’s sexual predisposition or prior sexual behavior are not relevant, as set forth in the regulations.

School districts also must ensure that investigators receive training on issues of relevance to create an investigative report that fairly summarizes relevant evidence.

Any materials used to train Title IX Coordinators, investigators, decision-makers, and any person who facilitates an informal resolution process, must not rely on sex stereotypes and must promote impartial investigations and adjudications of formal complaints of sexual harassment.

To help districts meet the training requirements, the WASB and Boardman & Clark have partnered to create mandatory and enhanced training modules. Visit the Training Modules page for more information and to subscribe.

The amended Title IX regulations include the following recordkeeping requirements (see section 106.45(b)(10))

School districts must maintain the following records for a period of seven years:

Particularly to the extent that the records identified above also constitute “behavioral records” of an individual student under section 118.125 of the state statutes, the respective state and federal records retention obligations of the school district may conflict and need to be reconciled.  One way to reconcile the obligations would be to determine that the federal obligations simply trump the state law, and there is some support for that position in the Title IX regulations.  Another possibility is that districts may be required to remove personally-identifiable student information from the Title IX records at the appropriate time and, thereafter, retain the Title IX records in a manner that is not personally identifiable.  Currently, that is one of the many open questions about how school districts should implement the new regulations.

The WASB teamed up with the law firm of Boardman & Clark to hold a complimentary webinar about the new Title IX regulations. The July 8, 2020 presentation handout is here and a recording of the webinar is available here.

Pending Department of Education Review of the Title IX Regulations

Under the Biden administration, the U.S. Department of Education has announced that it is undertaking a comprehensive review of the Title IX regulations (including the 2020 amendments to the regulations) and that it may pursue amendments to the regulations at some point.  However, even if started in the near future, the formal amendment process would take several months to complete.  In the meantime, the 2020 Title IX regulations remain in full effect except for two provisions affecting the procedures of postsecondary institutions (i.e., colleges and universities) that were vacated by a federal court decision that was issued during the summer of 2021.  A short summary of that federal court case was issued by the U.S. Department of Education on August 24, 2021. 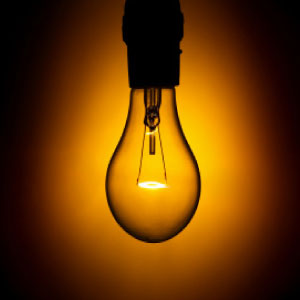