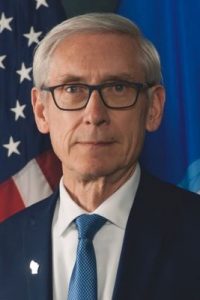 Governor Evers is scheduled to give his 2023-25 state budget address next Wednesday evening, Feb. 15 before a joint session of the state Senate and Assembly in the state Capitol. The speech will take place at 7:00 p.m. in the Assembly chambers.

At that time, the governor will unveil and highlight his budget proposal, which by law will then be introduced by the Joint Finance Committee. That will mark the start of several months of legislative discussion and debate over the state’s next biennial (or two-year) budget.  If all goes as planned. that discussion and debate will result in passage of the budget bill in late June or early July.

Back in early September 2022, Gov. Evers, along with State Superintendent Jill Underly, welcomed students back to the new school year, and released key provisions of the DPI’s 2023-25 budget request that would be included in the education plan Gov. Evers’ would propose as part of his budget.

END_OF_DOCUMENT_TOKEN_TO_BE_REPLACED

Last Friday (Feb. 3), the U.S. Department of Agriculture (USDA) announced it is proposing significant changes to standards governing school meals. The changes are aimed at making the meals healthier, with a particular emphasis on reducing sugar and salt.

A 60-day public comment period on the proposal starts tomorrow (Tuesday, Feb.7).   The proposed changes are the product of a multiyear effort, and were developed with input from school nutrition professionals, public health experts, industry and parents, according to a USDA statement.

END_OF_DOCUMENT_TOKEN_TO_BE_REPLACED 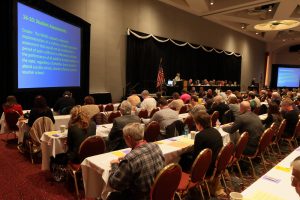 The resolutions adopted by the 2023 WASB Delegate Assembly on Jan 18 have been posted on the WASB website. You can access that document HERE.

Resolutions adopted by the annual Delegate Assemblies set the policy direction for the WASB and its lobbying efforts. Once adopted, these resolutions remain in force unless amended or repealed.

More information can be found on the Delegate Assembly website.

One day after Gov. Evers in his State of the State Address proposed over $1 billion in new spending, the Legislative Fiscal Bureau (LFB) released a memo showing the state will end the current fiscal year with a projected $7.1 billion surplus, $524 million more than previous estimates. The LFB cited several factors that contributed to the $524 million difference, the most significant of which is the $775 million projected Medicaid (Medical Assistance) fund surplus due in large part to the continuation of enhanced federal matching funds enacted during the COVID-19 pandemic. A second factor is a $202 million appropriation set aside by the Legislature to fund the repeal of the personal property tax. That money was never used because the proposal wasn’t signed into law.  Another factor is a $60.7 million increase in projected tax collections compared to the same earlier estimates. END_OF_DOCUMENT_TOKEN_TO_BE_REPLACED

In his fifth State of the State address as governor, Gov. Tony Evers outlined proposals to spend nearly $1.3 billion on mental health initiatives, addressing PFAS and bolstering the state’s workforce, among other things. Evers also called for a big boost in state aid to local governments and schools. In his speech, Evers noted the record state budget surplus as well as the record balance in the state’s Budget Stabilization (a/k/a “Rainy Day”) Fund.

Previewing the two-year state budget proposal he will unveil on Feb.15, Evers used his annual State of the State address to tout a proposal to make the “Get Kids Ahead” a permanent state program by investing more than $270 million to ensure every student has access to mental health services.

Details of Evers’ plan were released along with the speech and call for providing:

END_OF_DOCUMENT_TOKEN_TO_BE_REPLACED

Thank you to all who attended the 2023 Education Convention in Milwaukee. Thank you to those who attended our Legislative Update session Friday morning. At this session we provided an overview of the dynamics in play for the 2023-24 Legislative Session and 2023-25 state budget timeline.

A copy of the PowerPoint presentation is available here.

We also handed out a few copies of our Legislative Advocacy Toolkit, which is also available online here.

A new memo from the non-partisan Legislative Fiscal Bureau (LFB) shows what revenue limit adjustments would have been if automatic inflationary increases (tied to CPI indexing) that were a feature of Wisconsin school funding from 1995-96 through 2008-09 were still in place and compares those to the actual increases provided by the state.

If you attended a WASB Regional Meeting or Advocacy Workshop, we showed you a chart illustrating the differences.

The new LFB memo also includes estimates of what inflationary increases per pupil would be for 2023-24 and 2024-25, the fiscal/school years covered by the upcoming 2023-25 state budget:

From the Governor’s office release: “Gov. Tony Evers today announced upcoming locations and dates to continue his statewide ‘Doing the Right Thing’ listening session tour, including another virtual listening session, as well as visits to Wausau, Superior, and Eau Claire.

“All participants should register to attend at the links below. Wisconsinites are also welcome to submit written comments on any topic at any time before or after the listening sessions here.” END_OF_DOCUMENT_TOKEN_TO_BE_REPLACED

From the Wisconsin Policy Forum: “Driven down by a $1 billion income tax cut and tight limits on property taxes, Wisconsin’s state and local tax burden fell in 2022 to its lowest level on record. Local taxes as a share of income have never been lower in more than a half century of data, and state and federal taxes on families and businesses are also near historic lows.”

In fiscal year 2022, state and local tax revenues fell to just under 10.1% of personal income in the state, down from 10.3% in 2021. That was the lowest level since the Wisconsin Policy Forum and its predecessor the Wisconsin Taxpayers Alliance began tracking the state-local tax burden in 1970.

One of the more eye-opening findings of the report was that state tax revenues have grown by 56.9% since 2010. Local tax collections, on the other hand, have grown by only 23.7% over that same period, or less than half as much as state revenues.  This is illustrated in Figure 7 of the report. 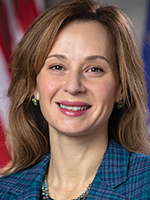 For the Assembly Committee on Education, Rep. Kristina Shelton (D-Green Bay, pictured) is the new ranking member, replacing longtime Rep. Sondy Pope who did not run for reelection. Rep. Shelton is a former Green Bay Area school board member and teacher. With Rep. Joel Kitchens replacing retiring Rep. Jeremy Thiesfeldt as chair, there are new members in leadership on the committee for both parties for the first time in many years.

For the GOP members of the committee, see previous post.