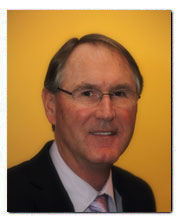 Bill Yingst Sr. has served as board president 30 of his 32 years on the Durand-Arkansaw board of education. He began his term on the WASB board of directors in January 2013, and was elected to the WIAA board of control in August 2013. Bill retired from Bauer Built Tire as Vice President of Human Resources after 30 years of service. He is a retired Command Sergeant Major with 35 years of service in the Army Reserve. He serves on the hospital board and is an elected member of the Wisconsin Conversation Congress representing Pepin County. He is also an avid outdoorsman and is involved in many other community activities.