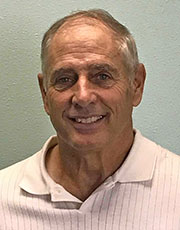 Bill has served in many different roles on the board during his 24 years of service. He has a passion for the facilities in the district and has served on the facility committee for 21 years. He served on the CESA5 board for seven years. Bill shared, “While many people will say it’s a thankless job, one of my grandsons just started 4-year-old kindergarten in our newly completed primary school.”

Bill was born and raised in the town of Dane on the farm he currently operates. He served in the military police from 1971 to 1973. He married is wife Diane and started farming in the spring of 1974. Together they raised five children while growing their farm in rural Dane County.