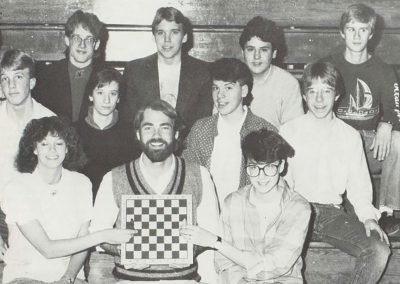 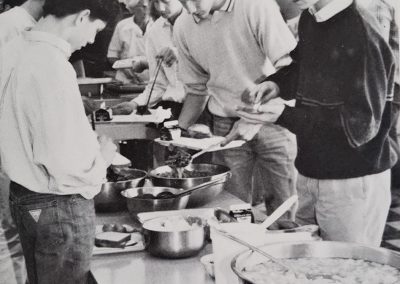 Lunch in the Clinton High School cafeteria, 1988. In 1981, the federal lunch program made headlines after proposed changes to nutrition guidelines classified ketchup as a vegetable in a budget-cutting effort. President Reagan personally canceled the proposed rules following backlash.

Ronald Reagan was elected president in 1980. In many ways, the decade belonged to him. Reagan oversaw a huge tax cut and then a rise in unemployment to 10% — the highest rate since the Great Depression — and a quadrupling of the national debt to $2.7 trillion. Reagan’s K-12 education reform focused on the 1983 “A Nation At Risk” report, contending, “If an unfriendly foreign power had attempted to impose on America the mediocre educational performance that exists today, we might well have viewed it as an act of war.” 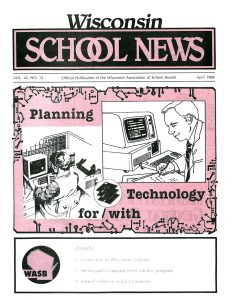 The April 1988 Wisconsin School News focused on technology that was emerging as tools and curriculum during the decade.