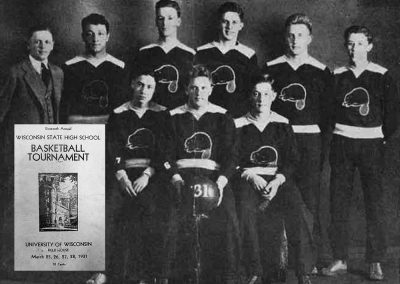 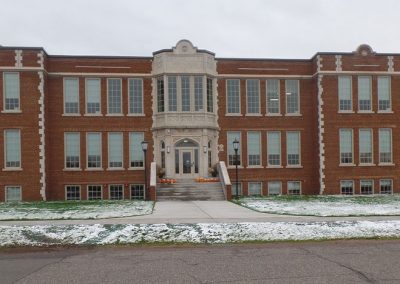 Built in 1930, Florence High School is still used as the local high school. 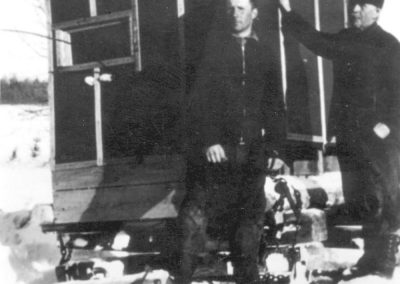 Before school buses were motorized, students were transported in horse-drawn sleighs like this one ran by Andrew and Leonard Carlson in the Fence area (Florence County). In 1933, they were paid $35 a month. 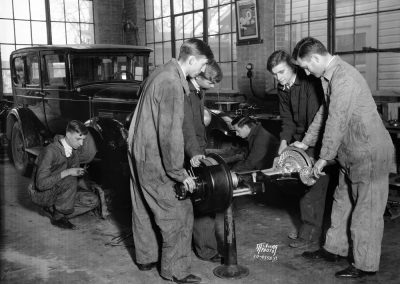 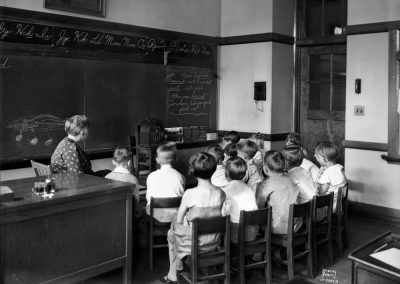 Madison’s Emerson School Children and teacher listen to a radio broadcast from a radio set up in front of the blackboard in 1931. (Wisconsin Historical Society, WHS 18402) 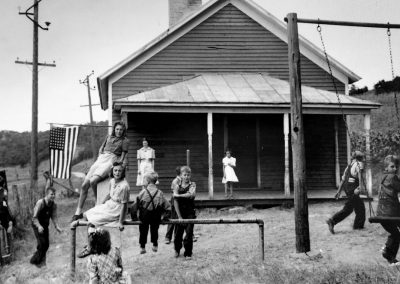 In 1933, children play on a playground while a teacher watches from the porch of a one-room schoolhouse in Grant County, about 2 1/2 miles south of Boscobel. (Wisconsin Historical Society, WHS 24502) 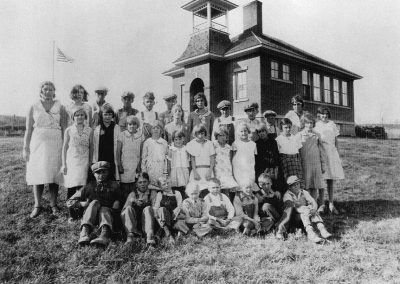 Grant School in the Turtle Lake School District during the 1932-33 school year.

The Great Depression dominated the decade. Unemployment struck about one-fourth of the nation’s labor force, creating circumstances that local governments were ill-equipped to handle. By the time Herbert Hoover left the White House in 1933, 10,000 banks and innumerable businesses had closed. Franklin Roosevelt’s New Deal provided a ray of hope, coupled with the president’s inspiring rhetoric.

If anything, the New Deal brought dramatic, new federal resources to states via infrastructure. During the decade, there was construction/improvement to more than 650,000 miles of roads, nearly 6,000 public schools, 8,000 parks and 13,000 playgrounds, among other public works. The Social Security Act of 1935 aimed to keep the average elderly citizen out of poverty.

Meanwhile, turmoil spread in Europe. In 1932, Germany faced an unemployment rate of 43%. Adolf Hitler’s election, just two days before Roosevelt’s, brought the Nazis to power, changing the face of history. The decade is also remembered for: Grant Wood’s American Gothic painting, the Dust Bowl, the Dionne quintuplets, Orson Welles’ War of the Worlds, the Hindenburg disaster and Amelia Earhart’s disappearance.