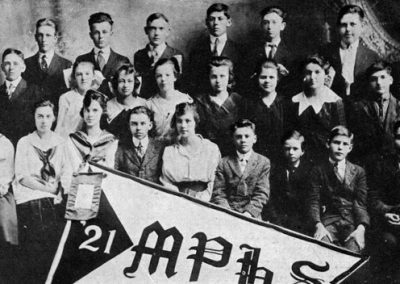 Students in the Clear Lake School (1925). Gaylord Nelson, later Governor of Wisconsin and U.S. Senator is sitting at the front of the 3rd row from the left. (Wisconsin Historical Society, WHS-45300) 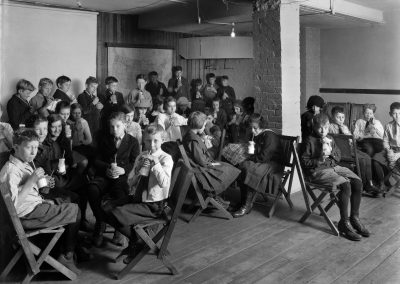 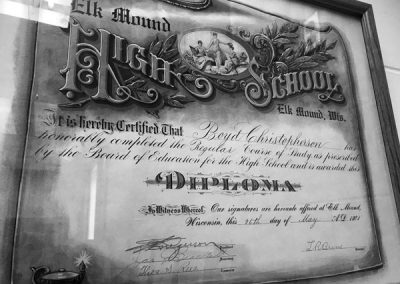 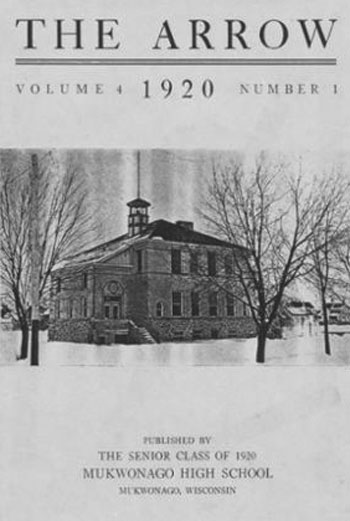 Following the austerity and hardship from the “war to end all wars,” the country transitioned to a free-spending, less inhibited consumer society, where credit increased, along with ballooning personal debt. Spending on recreation tripled during the decade, including movies, theater, travel, amusement parks and sports.

But prosperity manifested itself in other ways. By the decade’s end, two of three homes were electrified (only one in 10 at the century’s turn). Manufacturing rose over 60 percent with cars, roads, appliances and homes leading the way. While there was the appearance of a carefree decade, tribalism and conformity lurked beneath the surface. The 1924 National Origins Act drastically restricted immigration with quotas, essentially allowing only immigrants from northern and western Europe. President Calvin Coolidge said, “Biological laws tell us that certain divergent people will not mix or blend.”

When the stock market crashed in October 1929, over $30 billion in US capital vanished and frivolity ended as the world spun into economic chaos. The Great Depression ended the decade also remembered for flappers and the Charleston, the “Black” Sox scandal, Harlem’s Cotton Club, Emily Post’s Etiquette Guide, the Teapot Dome scandal, the Scopes Trial, the St. Valentine’s Day Massacre, Mein Kampf and Reader’s Digest.