Racine students introduced to new language in ‘Hour of Code’ 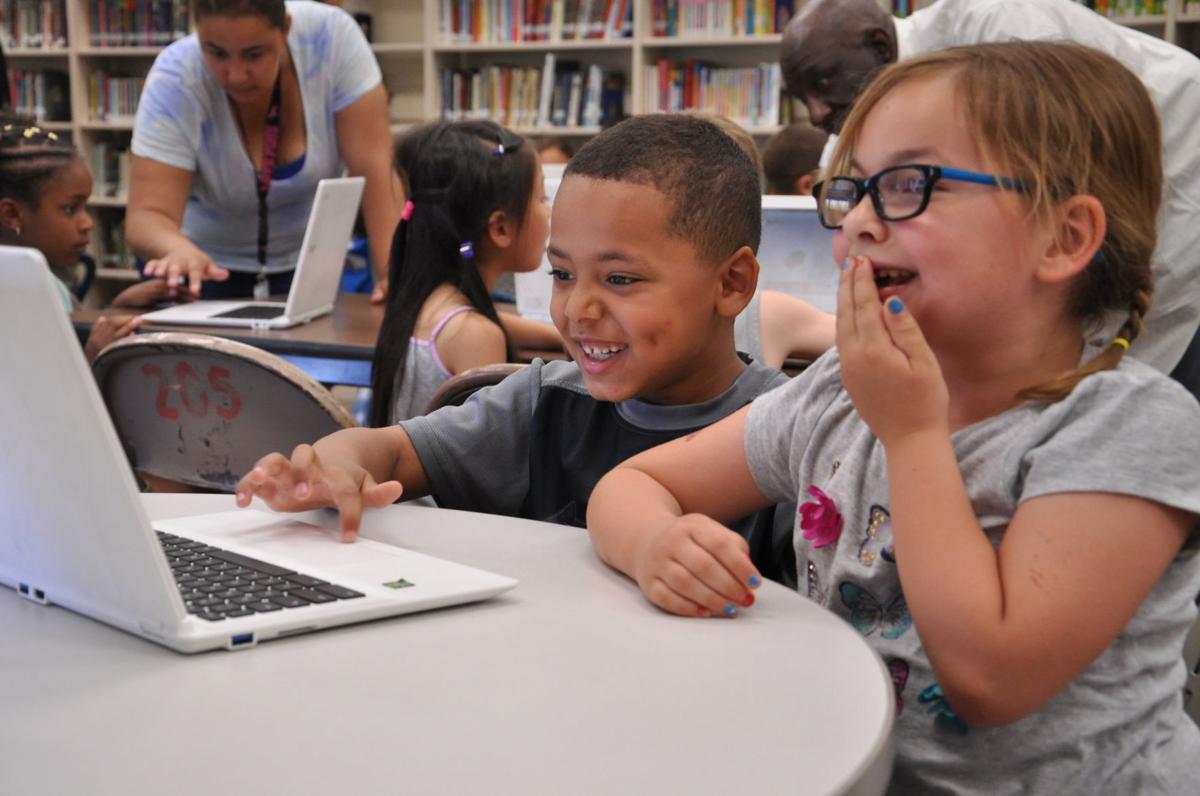 The Journal Times: Computer code is the language of the future, and last week students at Red Apple Elementary as young as 5 years old began to learn about it.

In the school’s crowded library, kindergarten and first grade students huddled in front of laptops in pairs, working to move Lightbot from lighted square to lighted square. The youngsters stared at their computers in concentration, argued with their partners over the right moves and cheered in celebration when they got the moves rights as they played the online game that teaches users programming logic.

“Their level of excitement has excited me,” said Racine Unified Superintendent Eric Gallien, who attended the event on Thursday.

Higher Expectations for Racine County, along with Dream Hustle Code, a Chicago nonprofit, worked together to bring the Hour of Code pilot program to all students at Red Apple, Julian Thomas and Dr. Jones elementary schools last week. After seeing the results, Gallien said he hopes to expand the program next year.

The Hour of Code is an international movement that has reached tens of millions of students in more than 180 countries. The event, typically held in December, is a one-hour introduction to computer coding.