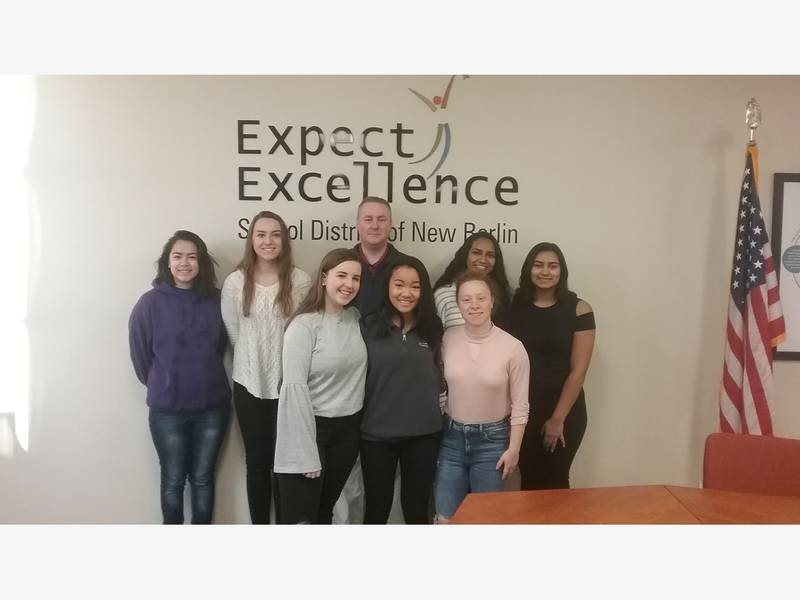 Waukesha Patch: Nine School District of New Berlin students have been selected for recognition by the Wisconsin Affiliate of the National Center for Women & Information Technology organization. Each of these students were endorsed by a member of the district’s technology team.

The following students were selected as a winner of the Wisconsin NCWIT Aspirations in Computing award:

The following Eisenhower students were endorsed by Aaron Chamberlain and selected as a 2018 honorable mention in the award program: Faith Derengowski, Kate Martino, Melissa Tharaniyil and Emma Torres.

The NCWIT Aspirations in Computing award program recognizes young high school women for their computing-related achievements and interests as part of an effort to encourage more young women to choose careers in technology. Award winners were selected from high schools across Wisconsin for their outstanding aptitude and interest in information technology and computing, solid leadership ability, good academic history, and plans for post-secondary education.

Read the complete article on the NCWIT recognition.

@MMSDschools students filled the Alliant Energy Center to participate in FutureQuest 2022, a program that will help students graduate with the skills and abilities to be successful in college. Read more from @WKOW: ow.ly/lgU750LRvMo