The takeaway is that there should be plenty of money available in state coffers to both increase public school funding and cut state taxes, which could satisfy both Governor Evers’ goals and the goals of some legislative leaders, particularly leaders in the state Senate. END_OF_DOCUMENT_TOKEN_TO_BE_REPLACED 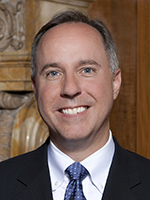 The State of Wisconsin ended its Fiscal Year on June 30, 2022, with a record positive balance of $4.30 billion, according to the new state Annual Fiscal Report released today by the state Department of Administration. That report also confirms that Wisconsin has a record $1.73 billion in its Budget Stabilization Fund (a/k/a “Rainy Day” Fund).