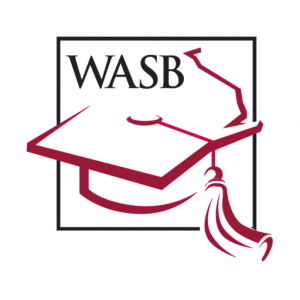 END_OF_DOCUMENT_TOKEN_TO_BE_REPLACED

A former teacher, Darling, 78, was a long-time member of the Senate Education Committee and chaired the committee for the past two years.  She previously serving as the vice-chair of the committee in the 2015-16, 2017-18 and 2019-20 sessions.  She also served as a member of the Blue Ribbon Commission on School Funding.  Her departure means a new chairperson will take over the Senate Education Committee.
END_OF_DOCUMENT_TOKEN_TO_BE_REPLACED

The takeaway is that there should be plenty of money available in state coffers to both increase public school funding and cut state taxes, which could satisfy both Governor Evers’ goals and the goals of some legislative leaders, particularly leaders in the state Senate. END_OF_DOCUMENT_TOKEN_TO_BE_REPLACED

Wisconsin’s public school libraries will receive a record $52 million from the state’s Common School Fund for the 2022-23 school year. This amount is not only the largest-ever annual Library Aid distribution but represents a 27% increase from the 2021-22 distribution.

The initial deposits into the Fund came from sales of lands granted to the state by the federal government. Since 2019, the Fund has distributed nearly $160 million to public schools to help defray the costs of maintaining school libraries and to help buy books and technology. For many school libraires, the Common School Fund and the Library Aid it generates is the is the primary, and often only, dedicated source of support. END_OF_DOCUMENT_TOKEN_TO_BE_REPLACED